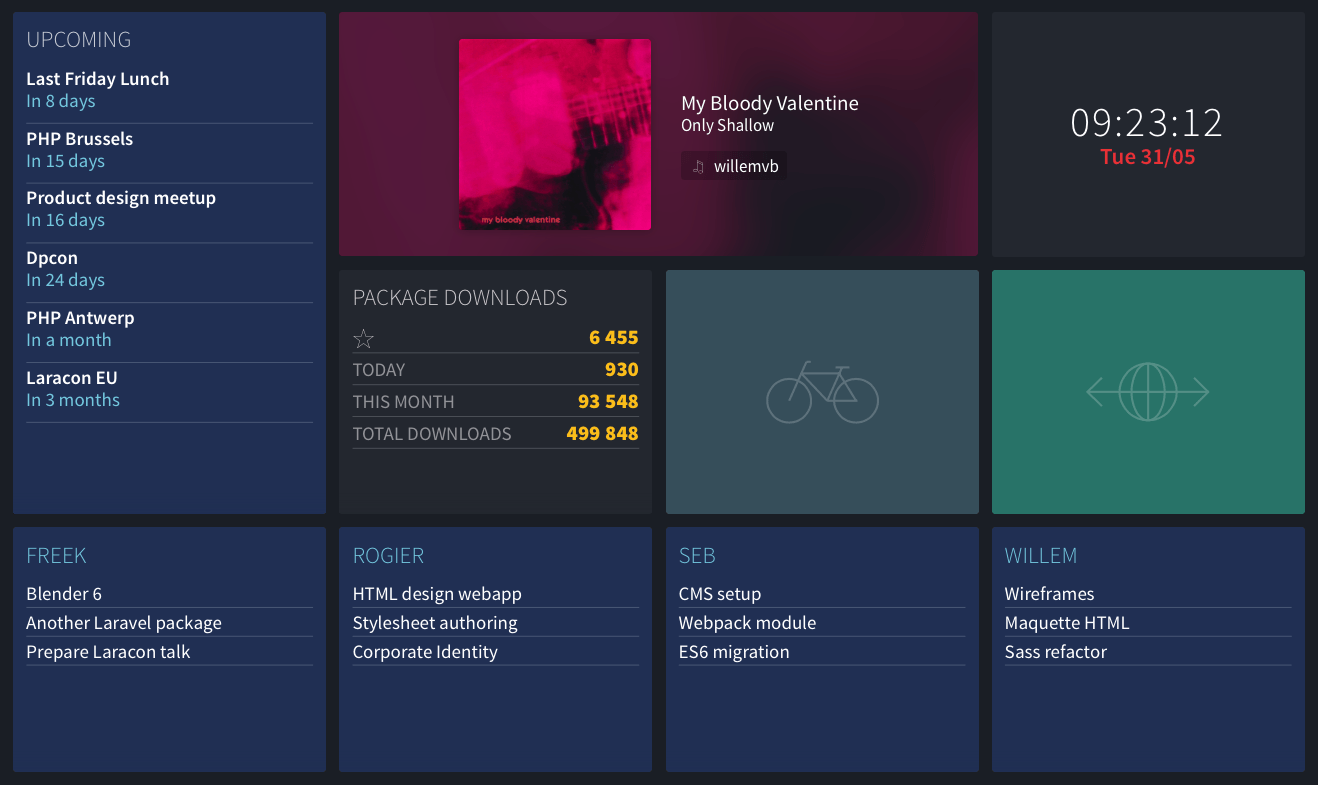 kostas maniatis in Tutorials 6 years ago

At Spatie they decided to rebuild their dashboard, after support for Dashing has officially stopped.The new version is built with Laravel 5.3, Vue and Pusher.

At first, it explains how the grid system they used, works. Then an info for the internet status (up or down) is explained, "The internet connection component", and details about the Server side and Client side of it. Another component feature is "The Package statistics component", which is statistics displayed regarding how many times their packages get downloaded. After that is "Security" because sensitive info is displayed and they wanted to secure it.

Also the made their code open available here.

The dashboard is fetching data from various sources: Google Calendar, Packagist, Lastfm,… Here’s the list of packages used to pull in the data:

To see all these in detail and action read the whole thing.