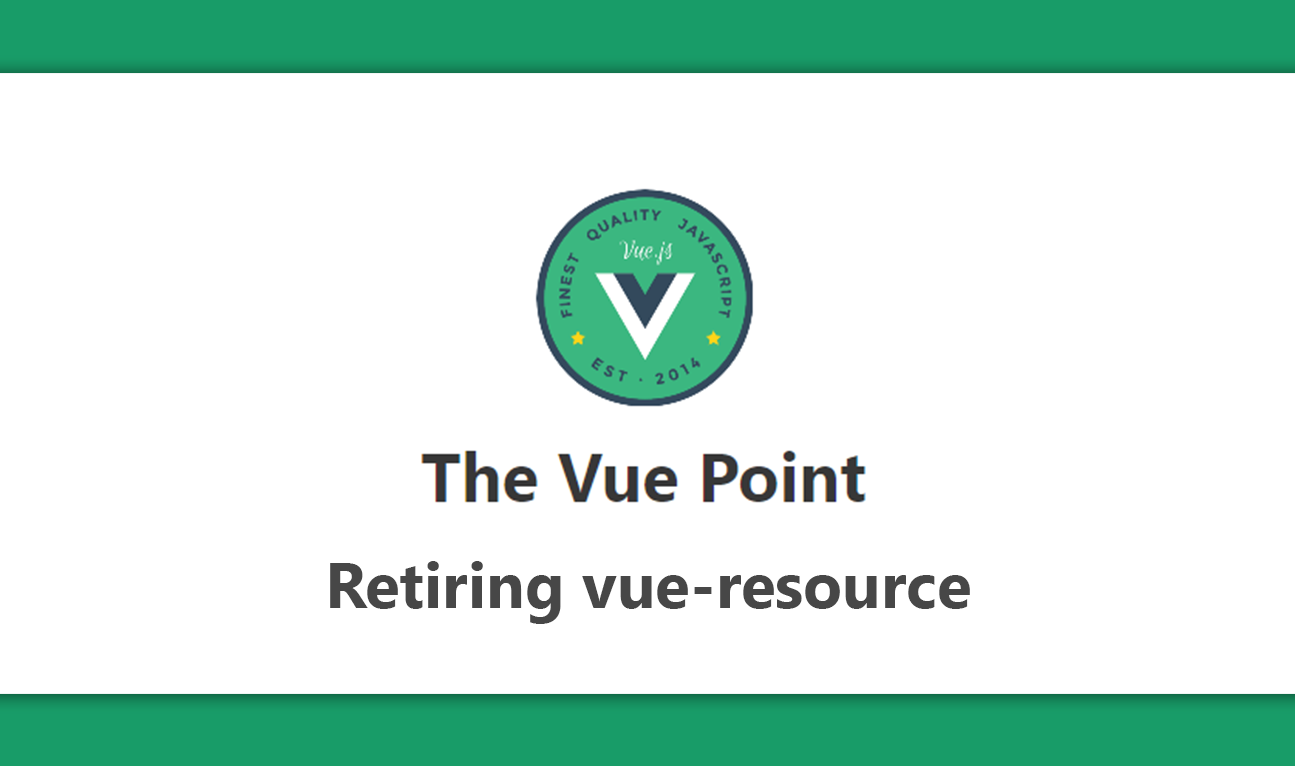 Evan You has announced that the Vue.js team is retiring vue-resource. With his post, Evan is explaining the reasons behind this and offering alternatives and tips to users who may have used vue-resource for handling ajax requests in Vue applications.

The vue-resource was almost completely written and maintained by the PageKit team, even though it was listed under the Vuejs organization.

Also, Evan is highlighting that an “official ajax library” is not really necessary for Vue because:

This does not mean that vue-resource is deprecated. It’s just no longer part of the “official recommendation”. The repo will be moved back to pagekit/vue-resource, and will continue to work. So the users already using it are fine as they are. Potential reasons to migrate away include maintenance, universal/isomorphic support, and more advanced features.

If you would like to pick something else ($.ajax for example), taking a look at Axios is recommended. It’s currently one of the most popular HTTP client libraries and covers almost everything vue-resource provides. In addition, it is universal, supports cancellation, and has TypeScript definitions.

Performing a GET request using Axios:

Here some tips for using Axios with Vue:

The above example could be done with Vue: