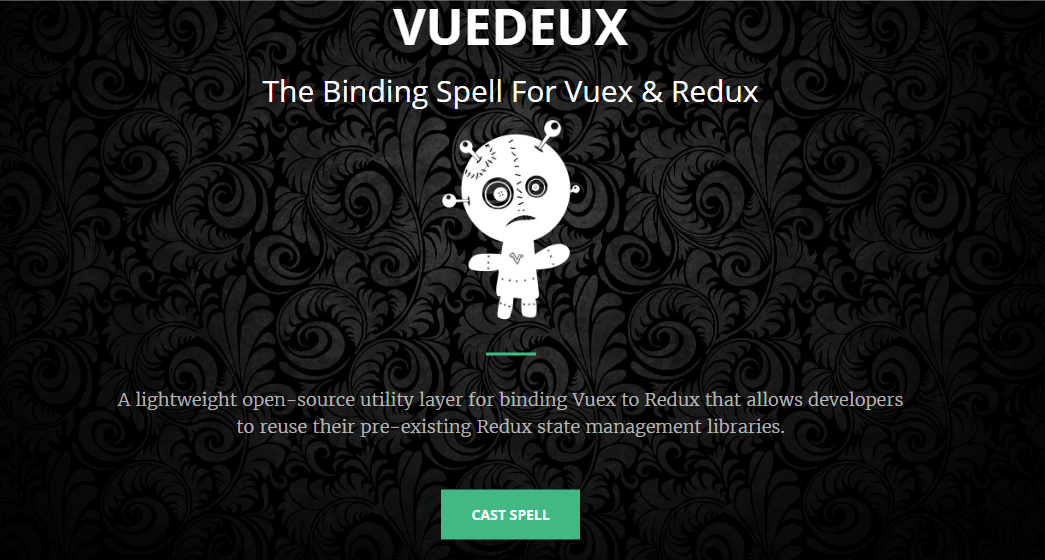 Vuedeux: The Vuex to Redux Binding

A lightweight open-source utility layer for binding Vuex to Redux.

The team announced today the launch of Vuedeux, a lightweight open-source utility layer for binding Vuex to Redux that allows developers to reuse their pre-existing Redux stores within Vue/Vuex applications. This easy-to-install plugin opens the world of Vue development up to the robust and thriving ecosystem of Redux middlewares, tools, and bindings while allowing for a highly customizable state management dev experience.

The motivation of the Vuedeux team was the desire to create a simple way to re-use and share state-management code with Vue/Vuex. The decision to create the Vuedeux compatibility layer between Vuex and Redux was inspired by the idea of uniting the quickly growing Vue community and Redux's broad user-base and ecosystem.

Cast a Spell with the Vuedeux Plugin Creator

The Vuedeux Plugin Creator takes your Redux action types and your Redux store, and then maps your Redux state and all associated actions to a Vuex module with equivalent actions and mutations, allowing you to easily reuse your existing Redux state store and dispatch to Vuex just like you would with Redux

The package is also available through NPM and there is a Github repository.

Submitted and created by @RealBrianRudlof and his team.